Boulders come back from 0-2 deficit to take Series 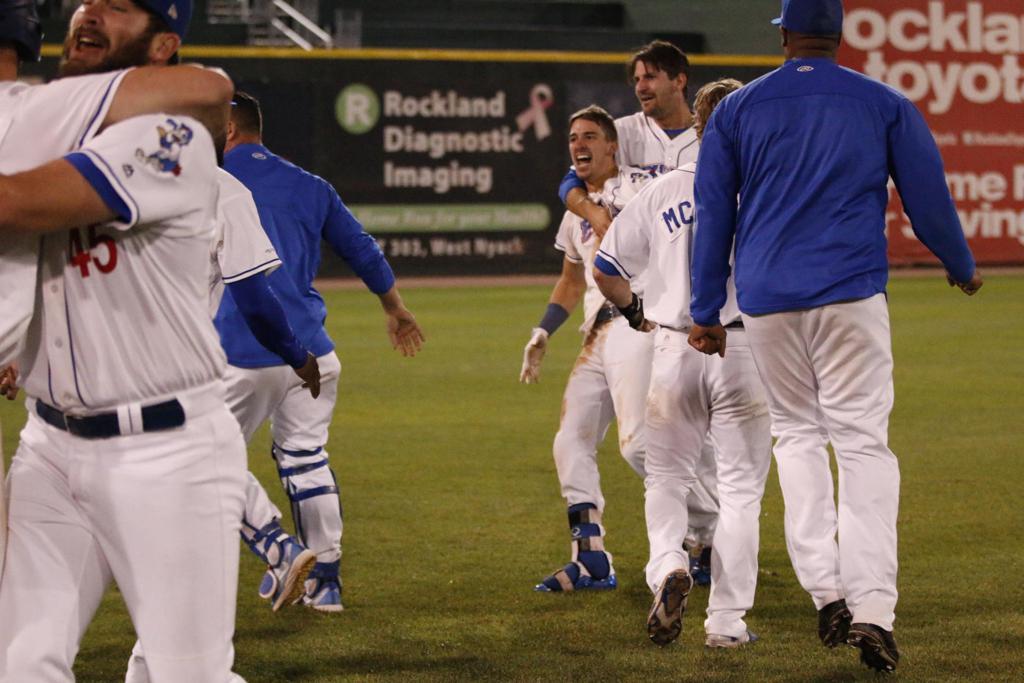 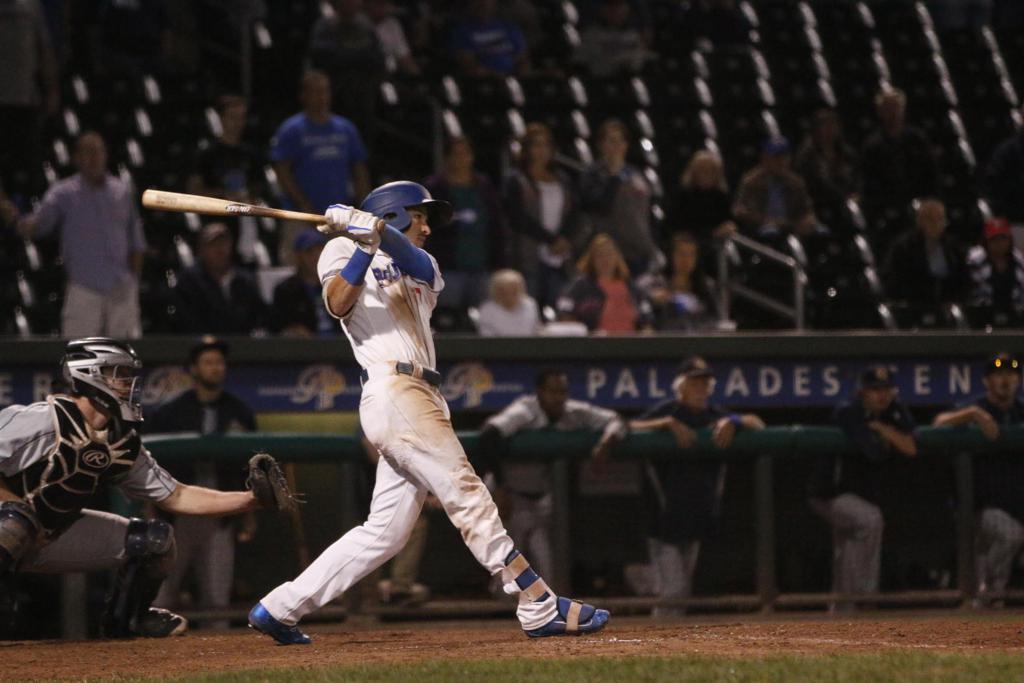 POMONA, NY- Mike Fransoso capped off an incredible, unlikely comeback with a walk-off double in the bottom of the ninth to give the Boulders a 3-2 win, at Palisades Credit Union Park.
Joey Ravert got the starting nod, and pitched admirably against the vaunted Quebec lineup. He rolled through the first three innings, however in the fourth, Johnathan Malo led off with a double, and Ravert wasn’t able to keep him aboard. Malo scored afterwards on a single by Jordan Lennerton.
David Fischer would then come into the game to pitch the fifth, and he lit up Quebec, heroically mowing down their lineup. He retired the first seven Capitales he faced, and only allowed two baserunners heading into the ninth inning, while striking out two.
After being blanked for most of the game, the Boulders finally tied up the game in the bottom of the eighth on a heroic solo home run to deep left field, causing the stadium to erupt. Quebec starter Karl Gelinas was seemingly effortlessly striking out Boulders, but reliever Shaun Ellis (0-1) couldn’t keep Arrojo in the park.
However in the ninth, Fischer couldn’t hold the lead, allowing a double by Asif Shah to drive in the go ahead second run. Pat Butler (1-0) ensured that that would be the only run, keeping the Boulders alive in the game. The remarkable efforts by all three Rockland starters can’t be overlooked, with each of them pitching fantastic games, keeping the Boulders in the contest the entire time.
In the bottom of the ninth, the Boulders would not quit, with Leandro Castro and Mike Montville each smoking singles to lead off the inning. Pat McKenna laid down a bunt down the third base line to move the runners over, but Quebec couldn’t field it, making everyone safe. Quinnton Mack then flew out, making it bases loaded with one out, with Mike Fransoso coming up. Fransoso proceeded to stroke an RBI double to deep right-center, driving in two runs, clinching the win in walk-off fashion, and punching the Boulders ticket to the Can-Am Championship Series.
The Boulders came back to win the series despite losing the first two games, and being pushed against the wall in the final three at home.  The Boulders season will continue on tomorrow night, on the road against the Ottawa Champions. Games 1 and 2 will be in Ottawa, before playoff baseball returns to Pomona on Thursday night in Game 3 in the best of five series.