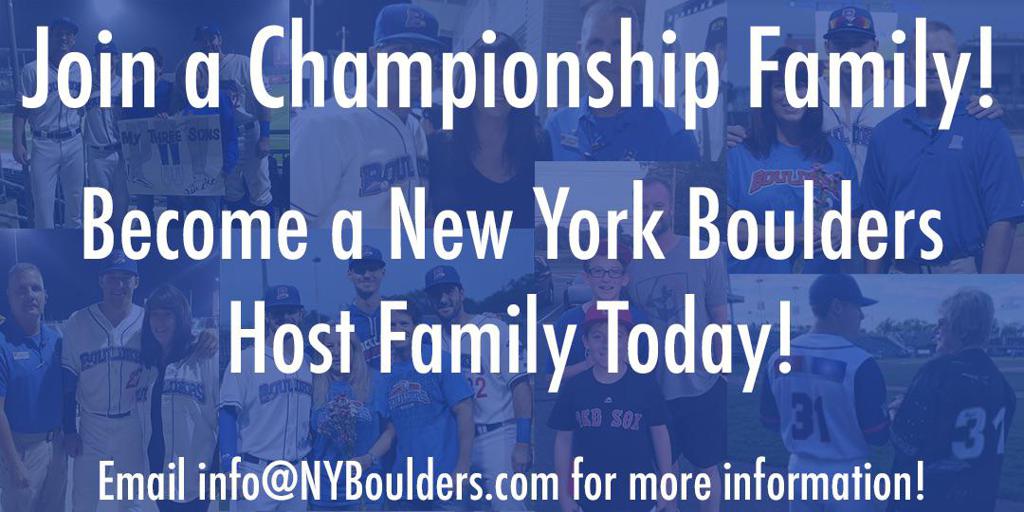 Do you love the Boulders? Are you vaccinated and want a unique summer experience? Join a Championship Family and host a vaccinated  Boulders player in 2022!

Each season the New York Boulders house many players with host families from mid-May until the beginning of September.  This opportunity is great for families who have a spare room in the house, have children who have moved out, or have a child living at home that would like to get to know a Boulder over the summer.  Host families are invited to attend every home game and watch their player grow and succeed on the field!

For more information on how to become a host family, or to get in touch with current host families and hear about their experiences email host@nyboulders.com. 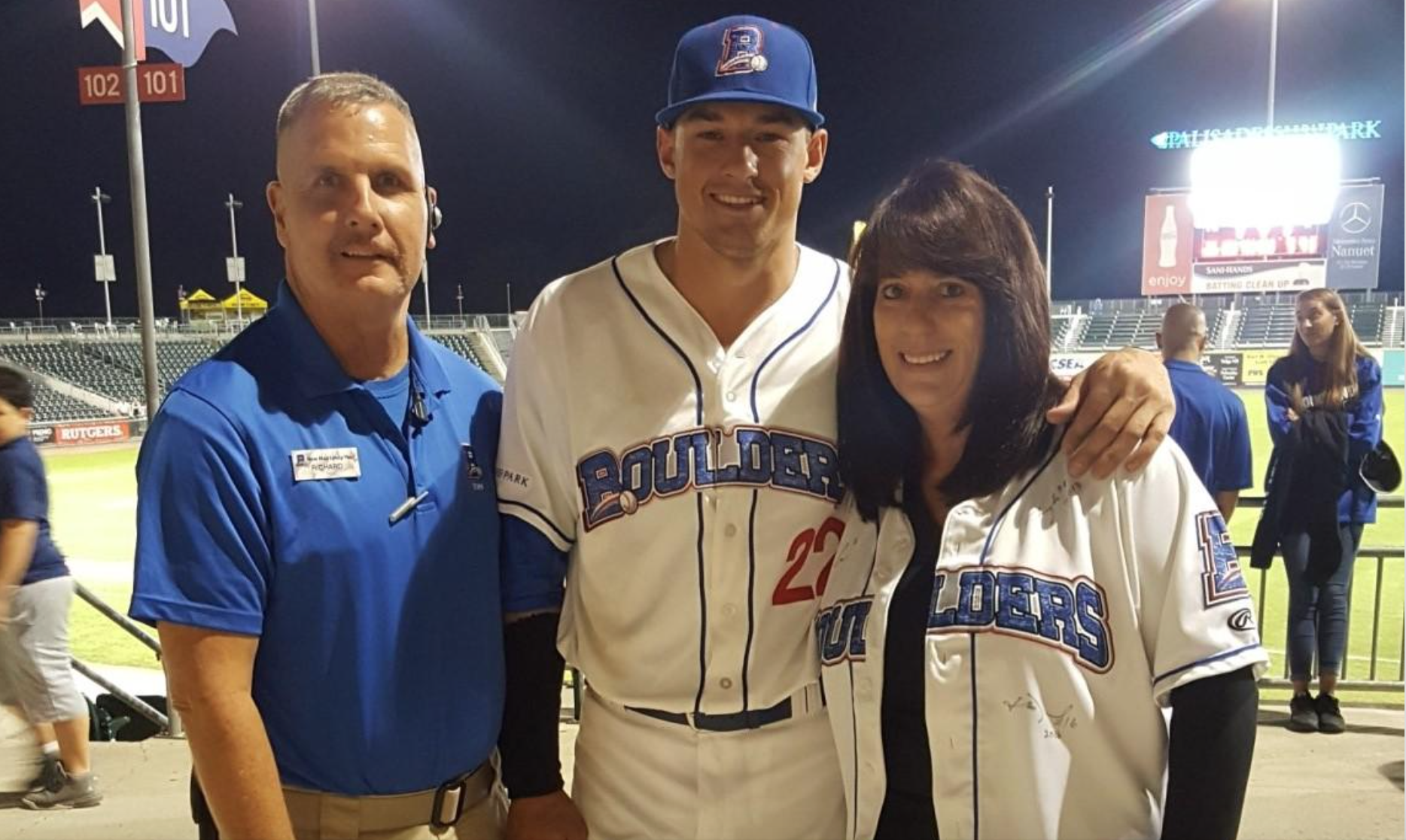 “Being huge fans of baseball, and attending Boulders games since the opening of the ballpark, my wife and I tossed around the idea of hosting a player. After looking into it we decided we had to try it. We were fortunate enough to host catcher Scott Knazek during the 2013 season. During the season, we enjoyed attending the games as we cheered for our player and him spending time at home with our family.”

“Having not been a host family in the past, my wife Debbie and I were a bit apprehensive, but by the end of the season it was tough to say good-bye.  It was such a great summer; we couldn’t wait for the next season to start.”

“For the 2014-2016 seasons, we hosted shortstop Junior Arroyo.  We as well as our grandchildren became attached to Junior very quickly.  It was made even more exciting since the Boulders won the Can-Am league championship in 2014. Junior was eventually signed to a minor league contract by the Miami Marlins organization after the 2016 season."

“The summers have been great and we looked forward to hosting another ballplayer.  For the 2017 season, we hosted first baseman Joe Maloney.  We would highly recommend the experience to any other family that would like to get involved with the Rockland Boulders organization. We really felt like part of the team."